Help for Haiti after Hurricane Matthew 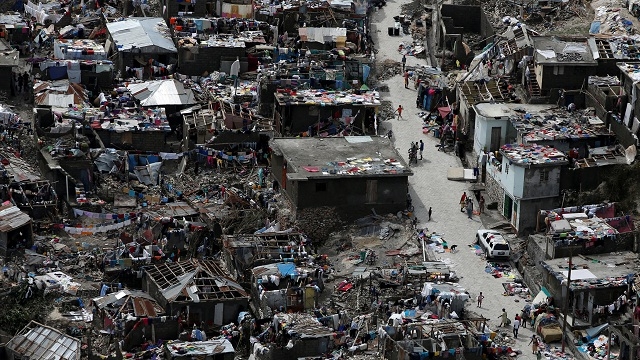 If you love jazz, you know you have a big debt to New Orleans.

What you may not know is that New Orleans has a big debt to Haiti.

After the Haitian Revolution thousands left Haiti for eastern Cuba and then ultimately to New Orleans doubling the city’s population instantly.

They brought with them a highly developed love of music and art that transformed the city from a rough backwater to one of North America’s most important cultural centers.

Without Haiti, there simply would be no New Orleans as we know it.

The story of Haiti

The story of Haiti is one of the most ghastly examples of man’s inhumanity to man in all of history.

The sugar cane-based slavery there was particularly brutal.

When the Haitians succeeded in defeating Napoleon’s army and liberating themselves – the first and only time in history an enslaved people succeeded in such a thing – they were then preyed up by bankers and empire builders, a trend that has not stopped to this day.

All natural disasters cause terrible suffering, but in Haiti where poverty is so extreme, and most people live close to the earth in an ecologically devastated environment, the impact is exponentially worse.

A big developed country with resources can rebuild itself. A country like Haiti needs our help.

From now until November 15, 2016, we ask that anyone who plans to give support to Jazz on the Tube, please divert your support to Haiti relief instead.

Below is a link to a group that both Ned Sublette and I independently have come to regard as the one of the best ways to support the Haitian people in a meaningful and sustainable way.

I have been a donor for years and am very confident that the money I give them is well spent.

They are called The Lambi Fund of Haiti and you can learn more about them and their work here.