Memories of the Dew Drop Inn 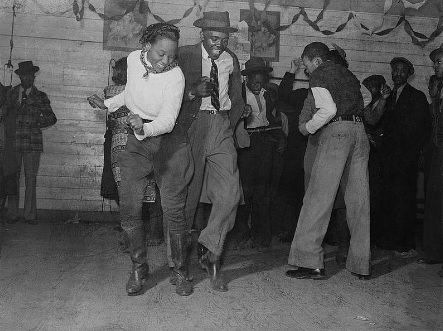 I have three recommendations about visiting New Orleans…

# 1. Do it. Visiting New Orleans is as important for the soul of serious jazz fans as visiting the Vatican is for devout Catholics or Jerusalem is for devout Jews.

If you can make it, you simply must go.

There’s great jazz all over the world, but there is only one place where a city lives and breathes jazz and jazz history.

New Orleans has got one of the deepest talent pools on the planet and in a good week produces more great music than many places manage all year.

# 2. While there are reasons to go to New Orleans in the hot weather (the incomparable Satchmo Fest in August for example), for your first visit avoid the killer heat which starts in May and can run into November.

When I say “killer heat” all I can say is until you’ve experienced a New Orleans summer you don’t know what heat is.

Also unless you like large crowds, expensive lodgings and inconvenience, make sure you miss Mardi Gras, Spring Break, and even Jazz Fest (which should really be called Pop Star Fest these days.)

3. When you do get to New Orleans, get every newspaper, magazine and free publication you can get your hands and read them all.

New Orleans has a maddening habit of hiding its most spectacular events. Your best chance not to miss an unexpected one while you’re there is to read every events calendar you can get your hands on, especially weekly publications and the daily papers.

That’s how I found the one-day conference “Memories of the Dew Drop Inn” which was held at the New Orleans Jazz Museum at the Old US Mint. Did I say the New Orleans Jazz Museum?

It’s a brand new institution in a big, old, beautiful brick building at 400 Esplanade. It hasn’t formally launched yet, but they already have some exhibits you can check out. As impressive as these treasures are, they paled in comparison to the human treasures featured by the conference on the history of the Dew Drop Inn.

The entire conference was recorded and will be posted on the Internet. When it is I will alert you and post the link here.

How important was the Dew Drop Inn musically?

“The Dew Drop Inn was the foundation for musicians in New Orleans. Whether you were from out of town or from the city, your goal was the Dew Drop. If you couldn’t get a gig at the Dew Drop, you weren’t about nothing.” – Blues musician Joseph Augus

Started by Frank Painia and his family in the 1940s, the Dew Drop started as a barbershop, added a ballroom, a restaurant, a hotel and apartment lodgings.

It was also a rare spot in the South where blacks and whites could enjoy entertainment together in the same place. Club owner and patriarch Painia simply ignored the “law” that made mixed audiences a crime.

For his efforts, Painia, his staff, and his customers, black and white, were frequently arrested and jailed.

Sick and tired of the endless harassment, Painia sued the city, the mayor and the police chief to put an end to it – and won. His attorneys Ernst “Ducth” Morial and A. P. Tureaud were the same attorneys whose challenge to the Supreme Court’s Plessy v Ferguson decision lead to the overturning of “separate but equal” in 1954.

In addition to the musical panels, the conference also shined a light on the Dew Drop Inn’s role in the Civil Rights Movement and the history of the movement in New Orleans. When the recording is available this is a segment you don’t want to miss.

The heroism and intelligence of the civil rights movement in the US is a poorly, incompletely and infrequently told story and the panelists filled in the history with many remarkable details.

Though not generally recognized as a center of the civil rights struggle, New Orleans was in fact central to the movement. For example, Martin Luther King founded the Southern Christian Leadership Conference in 1957 just two blocks from the Dew Drop Inn.

Don Hubbard recounted the story of personally going to New York to collect a large donation check for the movement from Louis Armstrong who, along with other successful entertainers, was a major if quiet supporter of the cause.

When asked why he wasn’t more public with his support, Armstrong told Hubbard that he felt that his non-stop public appearances all over the US, including areas populated by violent racists, put him at real risk of physical harm so he preferred to lay low so he could keep earning,

It was the correct tactical decision because the money contributed by Armstrong and other entertainers from New Orleans and elsewhere over the years represented a major financial foundation for the movement.

Hubbard also recounted that Armstrong recorded an orchestral version of “We Shall Overcome” which was played from truck speaker systems that drove through black neighborhoods in the South to rally residents for voter registrations events.

Hubbard recounted his own experiences with harassment, a daily fact of life for civil rights leaders in those days.

Once while coming out of a restaurant with his wife he was arrested by New Orleans police.

“Lack of visible support.” In other words, a well dressed working man leaving a restaurant with his wife was charged with being a vagrant.

Another time while sitting on his grandmother’s porch a policeman came up on the porch and arrested him for “loitering.”

When his grandmother came out to see what was happening another police officer shoved her back inside at which point Hubbard got into a physical altercation with the police.

The police didn’t file charges beyond “loitering” but based on a seriously worded warning he received later, Hubbard left New Orleans for two years and shipped out as a merchant seaman.

The moral of the day long conference:

Music and the civil rights movement worked together.

Click here to learn more about upcoming events at the New Orleans Jazz Museum at the Old U.S. Mint, a place not to miss when you visit New Orleans.