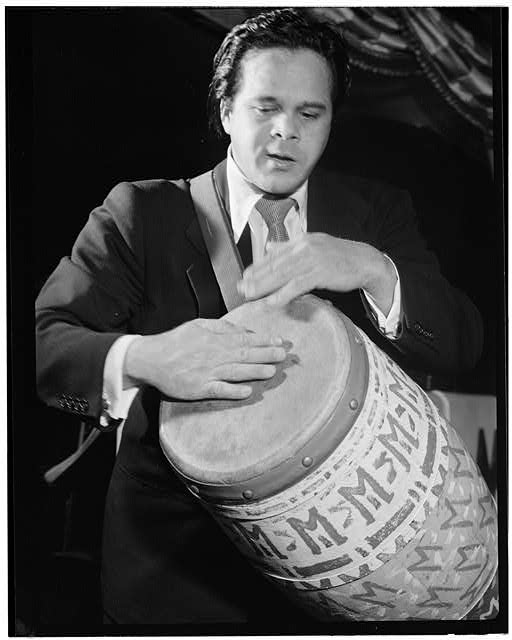 For those who are new to Cuban music, you may think he is imitating Desi Arnez. The opposite is true. Miguelito and his version of Babalú were famous long before Desi came along.

Like his friend Chano, Miguelito was an authentic tough guy and won twenty-three bouts as an amateur boxer.

He was a star singer in Cuba and all over Latin America and was one of the movers and shakers behind Cuba’s legendary Orquesta Casino de la Playa.

In 1940, frustrated by the racial prejudice of Cuba’s music industry where black performers were not allowed opportunities to perform in public venues, he moved to New York City. A light skinned person – his father was Spanish and his mother was Mexican – he was outraged by the prejudice that kept friends like Chano Pozo and Arsenio Rodriguez out of the limelight.

In New York City, he worked with and helped advance the career of Machito and invited Chano Pozo to New York City and in turned helped him with his career.

Because of Valdés celebrity and show business acumen (not to mention his talent), there’s quite a bit of film of him.