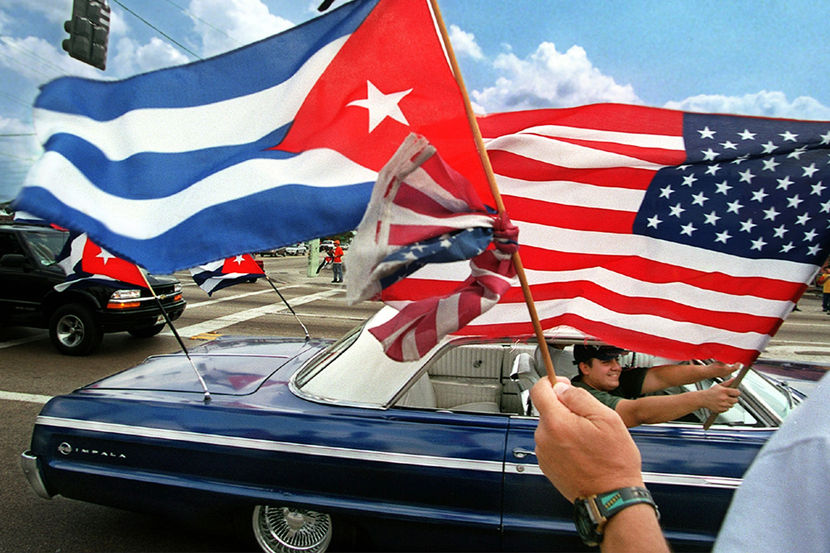 The influence of Cuba on American music has been pretty steady ever since there was an America to influence (Cuba is a longer European settled place than anywhere in North America.)

That said, 1930 was an especially important year. That was when “The Peanut Vendor” became a super hit in the US.

The original title of the song is “El Manisero.” It’s based on the call of the peanut vendors (“Mah-NEEEEEEEEE!”), folks you can still see – and hear – in Hanava’s Parque Central.

In 1930, Don Azpiazú and his Havana Casino Orchestra in New York recorded it for Victor Records. Sales records are spotty, but it was most likely the first million-selling record of Cuban (or even Latin) music in history.

The band included a number of star musicians including Julio Cueva (trumpet) and Mario Bauza (saxophone); Antonio Machín was the singer.

The song was such a hit that even Louis Armstrong took a crack at it, changing “Mani” to “Marie” and scatting (or proto-rapping?) on the melody.

To round things out, how about a version by the Skatalites of Jamaica.

The song, composed by the Cuban Moises Simons, has been recorded over 160 times and is so important to American music that it was added to the United States National Recording Registry by the National Recording Preservation Board in 2005.

Bobby Sanabria
Jazz versus Nazis and other authoritarians