>>> You can click here to pay Nikki Yanofsky direct

This is the one hundred and eighty sixth in a series of special Jazz on the Tube reviews of live stream performances.

Nikki Yanofsky, who turns 27 in 2021, has been well-known in Canada ever since singing at the 2006 Montreal International Jazz Festival in 2006 when she was only 12.

At 14 she toured with Marvin Hamlisch including playing at Carnegie Hall and she has since performed regularly, sometimes been a guest singer with symphony orchestras, and led three albums of her own.

While her early work often found her sounding close to Ella Fitzgerald (her debut album was called Ella…Of Thee I Swing), Yanofsky has since developed her own soulful style while still retaining her love for American standards.

On her LiveStream of June 17, 2020, Nikki Yanofsky sings over rhythm tracks and her occasional keyboard, performing “I’ve Got A Crush On You,” “Crazy, He Calls Me,” a soulful blues, a scat-filled “Cloudburst,” “How High The Moon” a la Ella, and some r&b songs, all of it with an attractive voice and infectious enthusiasm.

>>> You can click here to pay direct Nikki Yanofsky 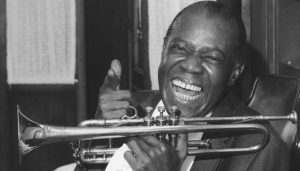