Interview with Gilberto Valdés Zequeira – in his 90th year

Gilberto Valdés Zequeira was born in Havana on August 16, 1928.

As a kid he listened to Chano Pozo’s rehearsals in the Colon neighborhood of Havana.

His vocal group had a weekly gig at the San Souci night club in Havana and he appeared on Cuba’s pioneering television channel twice a week in the 1950s.

Roy Haynes introduced him to American jazz drumming and gave him his first set of drumsticks.

He performed with his old friend Bebo Valdés when the two of them found themselves in Europe in the early 1960s.

He spent time as the #2 man at Egrem.

He was Dizzy Gillespie’s host when Dizzy visited Havana in 1977.

He introduced Irakere to Columbia Records and toured the world with them as their manager.

He helped save Cuba’s most important jazz club La Zorra y el Cuervo from being turned into a pizzeria.

And that’s just the tip of the iceberg of Gilberto’s remarkable life. 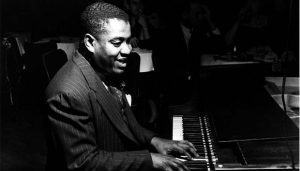