This is the hundred and ninth in a series of special Jazz on the Tube reviews of live stream performances.

Tahira Clayton is a promising young singer with strong potential originally from Dallas who graduated from the University of North Texas and is now a busy performer and educator who lives in New York; her debut CD is Wait Till Now.

Pianist Addison Frei was raised in Kansas, began playing music when he was ten, has worked with such vocalists as Janis Siegel and Carol Fredette, co-leads the AMP Trio, and has led several albums of his own.

On their LiveStream of July 25, 2020, the duo of Tahira Clayton and Addison Frei perform a set of music having to do with freedom.

They interpret “What’ll I Do” (normally a slow waltz) as a medium-tempo piece in 4/4, dig into Nina Simone’s “Four Women” (which is uplifted by Frei’s exotic piano pattern and Clayton’s powerful singing), and also perform a Thelonious Monk medley, “Crazy He Calls Me” (dedicated to Billie Holiday and Abbey Lincoln), “Stella By Starlight,” Frei’s original “Transparent Dream,” and “Mississippi Goddamn.” 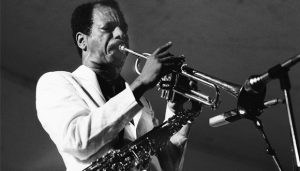