>>> You can click here to pay Vardan Ovsepian direct

This is the hundred and twelfth in a series of special Jazz on the Tube reviews of live stream performances.

Now based in Los Angeles, Ovsepian has worked with such notables as Mick Goodrick, Peter Erskine, Jerry Bergonzi, and Sara Serpa, and has released a series of CDs as a leader.

Also originally from Armenia and now part of the Los Angeles music scene, cellist Artyom Manukyan has performed in a wide variety of genres (including with Kamasi Washington, Melody Gardot and Gretchen Parlato), on television shows, and at the head of his own quartet.

On Vardan Ovsepiano’s LiveStream of Sept. 3, 2020, he and Artyom Manukyan perform mostly original music that is relaxed (even with the inclusion of one cooker) and features rich melodies and close interplay, fitting creatively into the modern mainstream of jazz.

>>> You can click here to pay direct Vardan Ovsepian 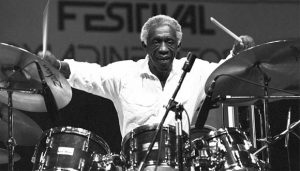