Darren Hoffman – Tradition is a Temple

It’s clear that there’s no place like New Orleans – but why is that so?

In spite of all its material challenges, culture, community, and tradition lives there.

We talk with director/musician/producer Darren Hoffman about the making of this marvelous film.

We also talk about this music work with New Orleans drumming master Shannon Powell and his latest project Guava Studios.

From “Tradition is a Temple”

Tutti Player – A great tool for music students and teachers 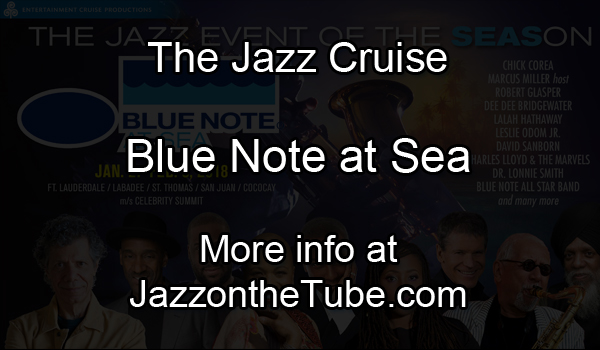 The Jazz Cruise and more

There are many ways to enjoy jazz: on record (or CD), on the radio, at a club, at a festival.

On this call we talk with producer Michael Lazaroff about what is possibly the most glorious way to enjoy jazz mankind has ever created: on a cruise.

Michael’s company Entertainment Cruise Production is the #1 producer of special theme cruises on earth and they got their start producing jazz chartered cruises in 2000 featuring artists the caliber of Pat Metheny, Herbie Hancock and Chick Corea.

Artists love it because they can arrange jam sessions on board that often just aren’t possible in “real life.” They also get to chill a bit versus flying in, playing and flying out, sometimes on the same day. They also love the sound system which has been tweaked to perfection and
Pat Metheny called “as good as Carnegie Hall.”

How wonderful is the experience?

Over the years, over 12,000 guests have repeated the experience four or more times!

Once is an incident. Twice is a coincidence. Three time is a plan. When people return to an experience four times or more it has to be special. On this call, we talk about some of what makes it so.

More info about The Jazz Cruise

Exploring the Soundscape: Cuba and Beyond with Verna Gillis

If you’re interested in world music, you probably have experienced the impact of Verna Gillis’s work.

From 1972 to 1978 she recorded music in Afghanistan, Iran, Kashmir, Cuba, Haiti, the Dominican Republic, Peru, Surinam, and Ghana.

Twenty-five of her recordings have been released by Smithsonian Folkways and Lyrichord.

In 1979, she opened Soundscape in New York City, long before the concept of “world music” was popular.

In this interview we talk about Verna’s field recordings in Cuba in the 1970s and her work with Cuban musicians in New York in the early 1980s. You can learn more about Verna’s work here. This wonderful organization brings much needed musical instruments to Cuba and arranges education and exchange programs for young Cuba musicians. 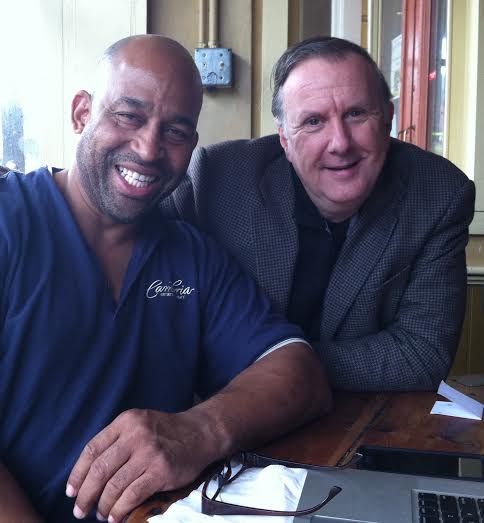 Jazz on the Tube returns to New Orleans After a few week-long visits here and there, he started spending nearly half of every year there, arriving in December and leaving after Jazzfest.

One of his projects was advising levees.org, a relationship that continues to this day.

He also created an online fundraising system for the New Orleans Musician Clinic that earned an average of $1 for every web site visitor and and an average of $10 for each subscriber at the point of opt-in before they were formally asked for a donation.

In the years right after the levee failures, understanding of the severity of the challenges the city faced and its need for ongoing support was limited both in the US and overseas.

To help with this situation, Ken arranged for New Orleans musicians to perform in New York and in the UK, a venture he called FoodMusicJustice.

One of the projects was a tour of England for New Orleans poet and impresario Chuck Perkins.

Chuck’s tour reached its high point with him being invited to perform at the Manchester Poetry Festival, Europe’s biggest festival devoted to poetry, and later opening for Amiri Baraka at London’s South Bank Centre, the largest single-run theater complex in the world.

Here’s Chuck’s take on “Little Liza Jane”, a standard he turned into an anthem celebrating the heroic role New Orleans jazz musician’s played in helping bring the shattered city back to life after the second biggest engineering failure in human history.

Chuck’s tribute to the New Orleans musicians – “the artistic vanguard who came back when times where hard” – starts at 5:00

Ken goes back to New Orleans every year now, but now it’s only for a week or so at time.

At some point – maybe next year – he may organize a trip for interested Jazz on the Tube fans to meet the musicians, discover the clubs, and go deep into one of America’s greatest cultural treasures: the music scene in the great city of New Orleans.

P.S. Chuck now has a radio show on WBOK.FM in New Orleans four days per week which can be streamed free anywhere in the world.

For more Jazz on the Tube podcasts click here